A History of Motorcycles 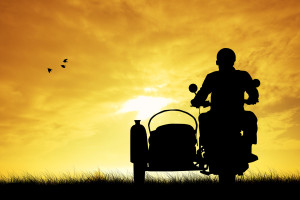 Motorcycles have become an essential part of our daily transport. But how did the motorcycle become the iconic symbol of adventure and coolness that it is today? Let’s check it out.

The history of motorcycles can be traced back to 1869 when an article that reviewed the history of the velocipede was published. At that time, velocipede meant a wheeled and self-propelled vehicle. In the mid-1890s, there were races and endurance tests on vehicles known as motorcycles. These tests were the origin of the motorcycle racing sports we know today.

With time, companies specializing in motorcycle production began sprouting, and in 1901, Hendee Manufacturing Company started building bikes. This company was established in Springfield, MA and built bikes under the brand name “Indian Motorcycles”.

The establishment of Hendee Manufacturing Company resulted in more companies that specialized in building motorcycles. For example, in 1903 the Harley-Davidson Motorcycle Company was founded in Milwaukee, Wisconsin.

Since there were several companies that supplied motorcycles and most people were becoming aware of these bikes, a trade exhibition was organized in 1910. The primary aim of this exhibition was to promote and popularize motorcycles.

Motorcycles started gaining acceptance as a useful tool. Between 1910 and 1915, these bikes were perceived as an economic way to accomplish many tasks, especially ones that involved transportation. At that time, motorbikes were already popular and in use as transportation.

In 1917, motorcycles played a significant role in WWI when they were used extensively by the U. S. Army. Both Europeans and Americans embraced the motorcycle, creating a boom in the 1920s. During that time, renowned companies such as Moto Guzzi and BMW entered the marketplace. However, the Great Depression forced most companies that produced motorcycles out of the marketplace.

After WWI, motorcycles, especially the European models, experienced a post-war sales boom. Japanese companies created their own successful domestic market. In June of 1921, the modern motorcycle was established as an integral part of American culture.

To this day the motorcycle and motorcycle accessories continues to experience new developments. One example is the Crampbuster cruise assist, a simple inexpensive device that fits over the throttle and is easily installed.  It was invented and patented in 1989 by an Oregonian named Daryl Dickerson.  As motorcycle enthusiasm has grown so has the Crampbuster product line.  It is available in six different styles or colors.  The Crampbuster helps reduce wrist cramping due to repeated throttling during long trips. [Available through Crampbuster.com.]